The covers are directly articulated on the boxes, without separate hinges or rods (that work as hinge pins).

Boxes with separate hinges or rods do not offer a guarantee of tamper-proof because even when sealed together, it is possible to remove the hinges or rods to access the contents without breaking the seals.

With our design, the only way to access the content is to break the seals (or saw the joint of the lids with the boxes, but in that case, it would be impossible to re-assemble the lids, and the recipient would immediately notice that the content had been breached).

The security level of our boxes is the reason why they are used for the logistics of items such as perfumes, mobile phones, pharmaceuticals, deliveries by supermarkets, and even delivery of money by Central Banks to other banks.

We also supply these boxes with a ticket window. This solution avoids the bad appearance and dirt that occur in boxes in which adhesive labels are applied and removed. The box and window are designed to prevent the label from being lost, as it can only be removed when the box covers are open.

Tamper-proof is assured thanks to the application of 2 seals per box. The seals have the form of "clips" that are inserted through holes in the lids and in the box; Its application is thus much faster than that of tamper-evident cable-ties as these require that after its insertion in the lids and in the box, you have to thread the tail of the cable-tie through its head and pull tight. The tamper-evident seals are easily removed by the recipient of the box, twisting them (turning them) until they break, while the cable-ties have to be cut with a razor or X-act, with the consequent risk of cuts for those who open the boxes at the destination.

The tamper evident seals are available with or without sequential numbering.

The 400x300x265mm box has a rough surface on the 2 shortest walls to facilitate the removal of self-adhesive labels. 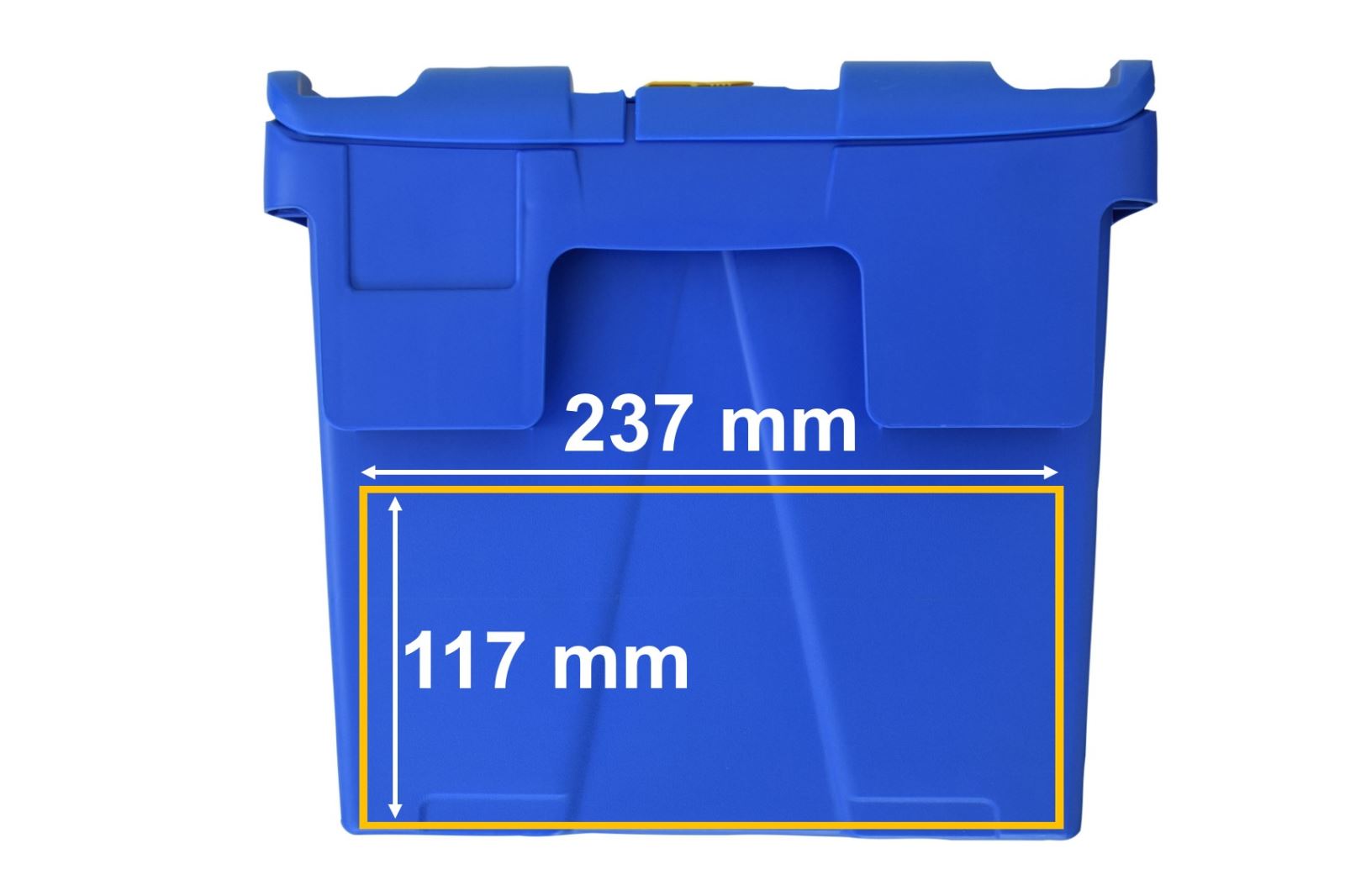